You are here: Home › About › Departments › Finance Department

internal controls, and fixed asset allocation. The department is also responsible for overseeing the outsource contract for information services. 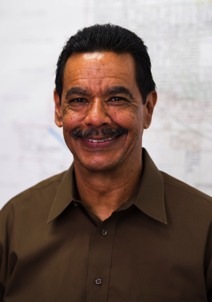 Mr. Williams began his employment with the District in October, 2006. He was original hired as the Finance and Services Manager and in October, 2008, his title was changed to Finance Manager. In the later capacity his primary duties are to oversee Finance. Prior to his employment with the Palmdale Water District, he served as Assistant Chief Administrative Officer/Finance Director for the City of Maywood. He was employed twenty years with the City. Mr. Williams majored in Finance at Regis University. Email Mr. Williams